Jerry Pillay, President of the WCRC, recently made a solidarity visit to the Reformed Church District in Transylvania. During this visit, Pillay met with Bishop Béla Kató to discuss the plight of Hungarians living in Romania and offer his support to strengthen the church through acts of solidarity

The Church representatives mainly talked about belonging to the Reformed Church family, the problems that the Church is currently facing, and considering ways to help one another.  The representatives of the Church District spoke about their concerns and the solutions. 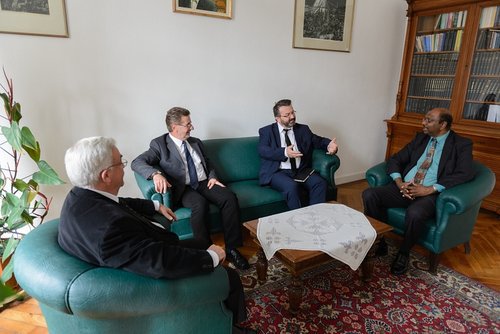 The conversation mostly focused on the challenge that is the unsolved situation of Hungarians living in Romania. President Jerry Pillay said that Romania will celebrate the 100th Anniversary of its Union, but the current level of integration and acceptance still need to be developed. “The WCRC takes a stand for the Transylvanians, trying to find solutions to heal the wounds of the past, for the Hungarians who still feel like outsiders in their homeland after 100 years," said Pillay. He added that, "It is not easy for the Church to deal with this issue, it needs an outside approach, and the World Communion of Reformed Churches can fulfill this role - it can make the situation known globally, with the spirit of solidarity."

The two leaders then spoke about why the number of believers is decreasing. They think it’s hard to reach the younger generations because religious education do not get as much attention in schools like it did in the past, even in schools which used to be run by the church.

The issue of restitution was then discussed in detail. "We expect that the Church should be able to do what it is devoted to, which is teaching, training, and preaching its moral values," ​​said Jerry Pillay. They would like to help the Transylvanian Reformed Church District through the difficulties, so that the church district can once again play an important role in society and in the world as well. "The Church's serving and missionary activities are lost in societies where it is not allowed to function properly. That’s why we would like to help the reformed church in this country," said the President. He said that racism is the biggest problem in his country of South Africa, and the WCRC fights against it. The organization has played a significant role in advocating for justice, human rights, and a better world, and it always protects the minority. "The situation of the Transylvanian Hungarians is not completely new to me, but it has touched me, because the geographically divided minorities are not only separated from their history but they also have to struggle constantly to live normal circumstances. The fortune of the Reformed Church in Romania is that it belongs to the bigger family consisting of more than 80 million Reformed people in 109 countries, so we have the opportunity to support it," said Jerry Pillay. 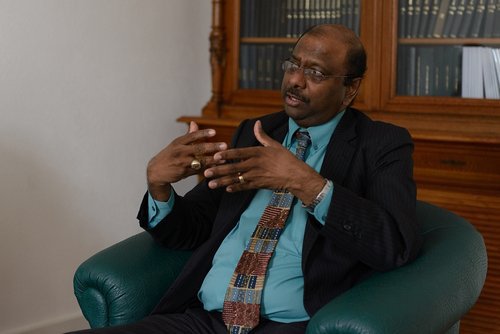 The President said that he is planning another meeting with leaders of the church district in Transylvania. "We do not want to give this problem to an outsider group, but we will work together with the church here. We will support and help the church in every possible way. We will offer our services, depending on our possibilities, to find solutions and goals together that will help progress," Pillay said. He added that reformed people all around the world make a church, and the Transylvanian Reformed Church District is a part of it. "We are all members of the Kingdom of God that is not geographically determined, but that includes the whole world."