As soon as the Reformed Church finishes building a kindergarten building, a Hungarian preschool can begin in Maradék. Maradék is located in Délvidék which is in the northern part of Serbia where a rather notable Hungarian community can be found. After decades of decay, this is a remarkable development. Thanks to the arrival of a new pastor, the community is growing again making it the only congregation in all of Délvidék that is not declining in size.

“Cat Minka’s mother is baking a cake for her 3-years-old little one.” – tells a story to her students sitting around and carefully listening Éva Vajda Ruskó, who is a kindergarten teacher in the now operating Hungarian Reformed Kindergarten in Maradék. The story is about a birthday and the candles on the birthday cake provide a good reason for inviting the children to quickly count together with the teacher- in Hungarian, of course.  Although not everyone comes from a fully Hungarian environment, they all perform well. 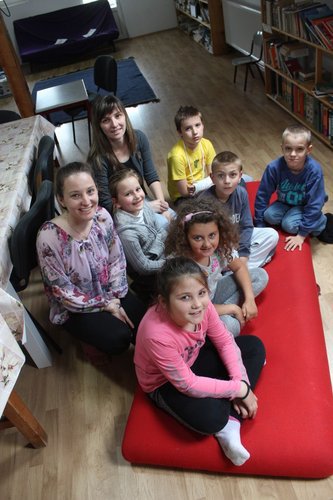 When the story becomes more complicated, they summarize it in Serbian too. Éva Vajda Ruskó tells us that the children already knows the words well regarding meal, the colors, the body parts, the jobs, the seasons and the animals. “Before meals we pray in Hungarian. It is still a long journey until they get to the level, when everyone understands everything. But we are working on it”- she adds.

Croatian Masses in the Serbian Village for Hungarian Catholics

In this region of the country- Szerémség- three thousand Hungarians live scattered in twenty something towns. There are many mixed marriages- but it is more complex issue than in Hungary. It is not just about having married couples where one of them is a Hungarian Reformed and the other one is a Serbian Orthodox. It is also about that the language of the Catholic spiritual life in Croatian. The reason for this is that after the Austrian-Hungarian Compromise, the region of Szerémség became part of Croatia. Parishes in these towns still belong to the presbyteries under Croatian leadership- reminds us the Catolic Bálint Schön, who has spent eight month as a Petőfi Scholarship holder in the today Serbian city of Maradék. At the beginning of our conversation he remonstrates: the Reformed Church in Maradék is an important bastion of the Hungarian Community because here people can also practice their faith in Hungarian.

“Actually this is how the congregation was born”- takes over the world Rev Dániel Halász, Reformed pastor in Maradék. When the masses started to be celebrated in Croatian, a delegation from Maradék went to the Roman catholic Bishop Josip Strossmayer to ask for Hungarian priest for the community. Their request was denied so they went to the neighboring village where they knew there is Hungarian and German-speaking Reformed Congregation. They have listened to the Hungarian worship service, then went home and made a decision to form the congregation. Then the Reformed Church sent a Hungarian pastor there. “Most of them converted from Catholicism and became Reformed primarily because of the language of the service”-Dániel Halász shares the story of the History of the Reformed people in Maradék.

The Building of the New Kindergarten

This congregation undertakes very important duties. They are building a kindergarten next to the church, although the congregation is already operating such an institute. The current building of the kindergarten is not even a kindergarten, it is the congregational room.  If we are having lunch together, holding a bible study or worship service, we roll up the carpet.”- explains Dániel Halász. Also, according to the law, they are floating in the Serbian bureaucracy/administration. Our institution is not a kindergarten officially because church-run kindergartens are not recognized in Serbia, only state-ran and private institutions exist”- he adds.  This is why those institutions do not receive funds from the Serbian government budget; their operation is supported from Hungary. In this framework they can only take care of children between the ages of 3 to 5, meaning the preschool (education) cannot be organized here. “This is still the last missing piece.”- says the pastor. 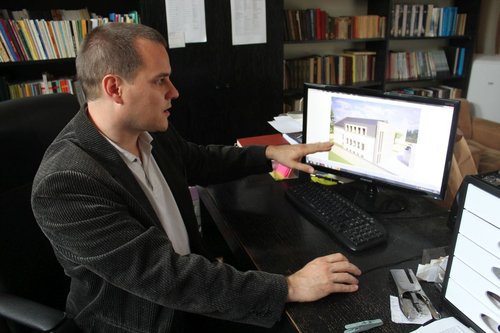 If it built up and their institution operated officially as a kindergarten, they would be allowed to organize the preschool education as well. They hope that by this, more children will register at the institution in the future.  According to experiences, those children who completed preschool education in Serbian kindergarten, they forget half of what they had learned before in the Hungarian kindergarten for two years.  Then the parents will be hesitant and register their children at the end at the Serbian school instead of the Hungarian-speaking division. It is a great treasure that there is Hungarian education in Maradék. In 1978, the Hungarian school closed and it took decades- till 2015- when the Hungarian-speaking division started in the local school. Everyone’s hope is that this action will have a huge impact on the advancement of the Hungarian education here.

The Constructions Have Started

At the foundation stone laying ceremony for the new kindergarten building the Secretary of State for National Policy, Potápi Árpád János highlighted: as long as the children are learning in Hungarian, there will be future for Hungarians in the Carpathian Basin. After the opening of the new kindergarten the children of this diaspora community can attend Hungarian language education from the age 3 to 10 without any interruption. This construction of the new building is possible by the 80 million Hungarian Forint-worth support of the Hungarian Government’s Kindergarten Development Program

There is also separate program for the older schoolchildren attending the Hungarian department/division. The congregational room accommodates the after-school where these kids do their homework and study with the help of teachers and they also have lunch. In here it is a fully Hungarian environment. They are speaking with them and around them in Hungarian. Over the past few months the children were even preparing for a theater play. 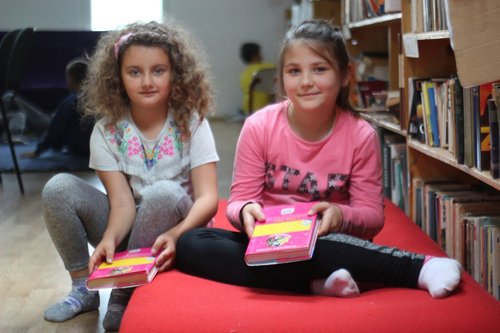 This small group of the Maradéki Magyar Mamutok (Hungarian mammoths of Maradék) was founded by the Petőfi scholarship holder Schön Bálinttogether with the children from the after-school. They have learned the play “Gábor Áron rézágyúja” (...) that they have performed on the Hungarian national Holiday on 15th March as well as on the occasion of the School Theater Festival in Vajdaság. In this play the main role, Gábor Áron, was played by a boy named Milán, whose parents don’t speak Hungarian at all, still Milán was awarded for his beautifully performed Hungarian speaking part. This case also proves the importance of sending more than 200 Hungarian youths with the Petőfi – and Kőrösi Scholarship Programs to the former territory of the Austro-Hungarian Monarchy and the Hungarian Diaspora all of the diaspora.

Bálint Schön has worked not only in Maradék, but he also organized community life and taught Hungarian language in Satrica and Nyékinca. “The people in Nyékinca were grateful for my presence among them. But the real gratitude must go to those living there who stayed there and did not moved away and they are struggling for survival even when it seems to be hopeless and by this they are helping the survival/perseverance of the Hungarian community

As for the education, the older students are going by bus to the Hungarian School holding the name of the Hungarian poet called Sándor Petőfi in the nearby city called Újvidék (Novi Sad). After school transportation is provided to take the children home to Maradék. But the responsibilities that the Reformed Community in Maradék took up, does not end here. Namely, they are planning to create a big hall accommodating 150 people in the basement of the kindergarten to be built. They will be holding kindergarten programs, celebrations in this new community space that will be open for the entire Hungarian community in Maradék. Above the kindergarten they are planning to create office spaces, which is necessary as the field of responsibilities is getting bigger and bigger and all this requires administration as well.

Here Stagnation is a Positive Thing 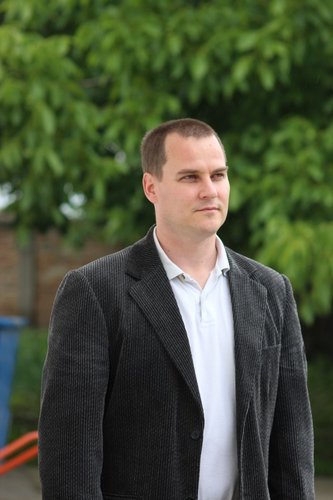 The fruits of all the hard work is already visible. The Reformed Congregation in Maradék is the only congregation in Délvidék where the numbers of baptisms and funerals balance out each other. It means that in each Reformed Congregation in Délvideék more funeral service than baptism take place. This is a big thing that after a longtime, here in the “diaspora of the diaspora” the indexes could be reversed.  Moreover, there is a shortage of pastors in this region. Rev. Dániel Halász, for example, has to do services in two more villages: in Újvidék (Novi Sad) and Nagybecskerek (Zrenjanin). At the moment three seminary students are studying in Theological Academies in Hungary, and all of them wish to go back home after their studies, still, they cannot substitute everyone who will be retired by that time. Rev. Dániel Halász then quotes the Bible: “The harvest is plentiful but the workers are few. Ask the Lord of the harvest, therefore, to send out workers into his harvest field.” (Matthew 9:37-38) He added: “We also ask the Lord of the harvest to send out workers into his harvest field in Délvidék,”