Red Wednesday is a worldwide action initiated by the Aid to the Church in Need (ACN), a Catholic Pontificial Foundation, in 2015. It is dedicated to the support of suffering and persecuted Christians. Hundreds of churches, monuments and buildings will be illuminated in red light in a global call for religious freedom and solidarity with the persecuted communities.

‘Red Wednesday’, a day to show solidarity with our Christian brothers and sisters suffering persecution throughout the world. Aid to the Church in Need invites everyone to join the campaign by doing something peaceful and positive: unite in prayer, wear red, light the church in red, organise activities or attend themed events.

In spite of the coronavirus pandemic, #RedWeek 2020 is still taking place this year from 18-25 November. “COVID 19 may have brought many changes, but Christians continue to be the most persecuted religious community in the world. In order to raise awareness about this painful fact, cathedrals, churches and public buildings will be illuminated in red light in many countries across four continents. Furthermore, a large number of initiatives will be offered online,” confirmed Thomas Heine-Geldern, Executive President of Aid to the Church in Need (ACN). He explained that the initiative represents a strong sign of support for all those who are suffering discrimination but cannot speak freely about it themselves and hope that others will raise their voices in their stead. 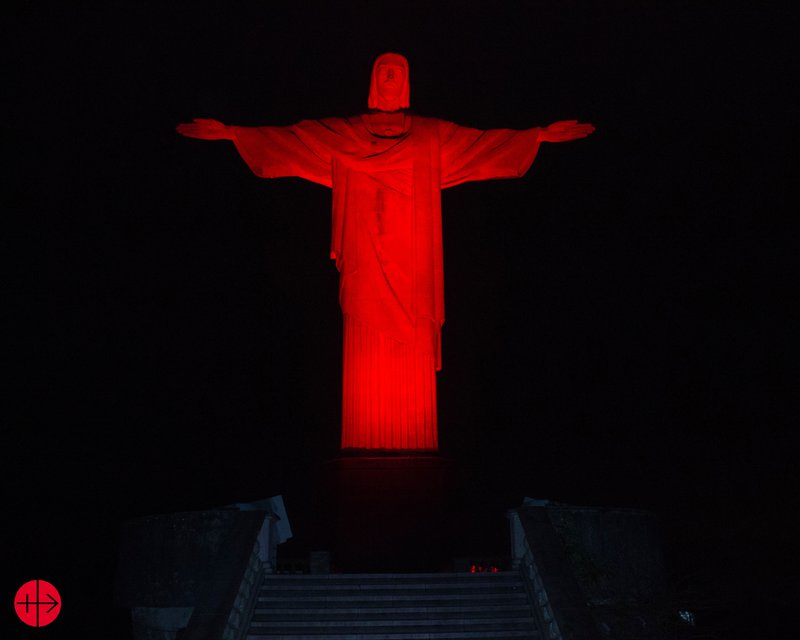 #RedWeek is an initiative launched in 2015 by the international pontifical foundation ACN, an international Catholic charity that supports suffering and persecuted Christians. About 250 million Christians all over the world are living in environments in which they are violently persecuted, discriminated against or prevented from freely practicing their faith.

This year the initiative will began in Austria where Christoph Cardinal Schönborn celebrated a broadcasted Holy Mass in St. Stephen’s Cathedral On Wednesday 18 November.

Many countries all over the world, from Canada to Australia, take part in #RedWeek. During this time symbolic monuments will be bathed in red light, such as Bratislava Castle or the Notre-Dame Basilica in Montréal. It is very likely that also the statue of Christ “Cristo Redentor” in Rio de Janeiro, where the campaign first began in 2015, will again be a part of the campaign this year. In years past, the colosseum in Rome has also set the stage for the initiative commemorating the suffering of Christians. 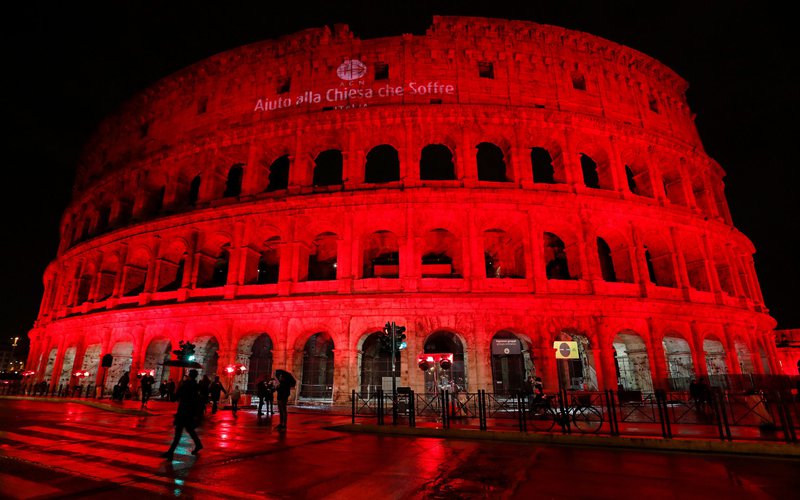 A highlight is planned for 25 November with special events in Great Britain and the Philippines. In Great Britain, the day will include the presentation of a report on Christians who have unjustly been incarcerated because of their faith. It bears the title “Set Your Captives Free”. Contributions are expected by Archbishop Ignatius Kaigama from Abuja, Nigeria, the former British member of parliament, Rob Flello, and Maira Shahbaz from Pakistan, whose case of kidnapping and terror is discussed in the report.

In the Philippines, the focus of #RedWeek is completely on the COVID-19 pandemic this year. The objective is to raise awareness about the many clergy and religious sisters who are working on the frontline assisting those who have fallen ill and who are performing their service at great personal risk. Although in previous years the focus was on churches and schools, this year the initiative is also calling upon hospitals to take part.

Hungary joined the Red Wednesday initiative in 2019. This year some of the iconic buildings in Budapest will light up in red on the 25th of November from 4:30pm. The Reformed Congregation of Buda also joined the call along with Lutheran and Catholic churches.

Last year the Chain Bridge and the Gerard of Csanád Monument on Gellért Hill was lit up, this year the

will be painted in red with light for the memory of the Christians who’s been killed or persecuted for their faith.

Hundreds of churches, monuments and buildings will be illuminated in red light in a global call for religious freedom