Béla Kató, Bishop of the Reformed Church District in Transylvania, believes that the Minority SafePack European Citizen’s Initiative is making a change in the case of legal uncertainty for the Hungarian minorities in Transylvania. The European Parliament will only deal with the issue of the minorities if the number of signatures on the Initiative reaches 1 million from the citizens of Europe till the 3rd of April.

Who can join the initiative? 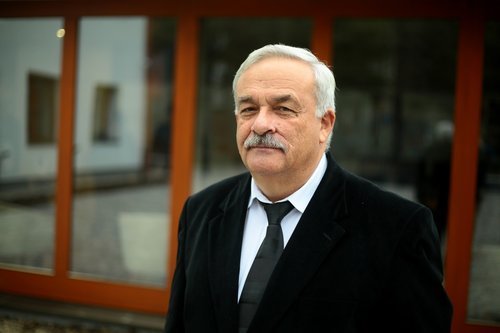 What will happen when the one million signatures are collected? How will the lives of the minorities change?

Legal uncertainty has serious consequences to the native minorities of a country. The case of national minorities is in national competence of the countries in the EU, not regulated by law. There were conditions before Romania joined the EU, which were promised but never kept. One of the hardest burdens of Transylvania is that the rights we have already acquired can be easily taken away without any consequences. The Minority SafePack European Citizen’s Initiative shows that the issues of the minorities are far from good. We believe that the request of one million European citizens will not remain unnoticed, this is about the rights of 50 million people. The legislation will be enforced if we reach one million signatures. Although the content of these laws may not be decided by the signatories, every signature draws attention to the lack of legislation for the rights of the minorities.

Not only Hungarian minorities live in Europe. Are there any problems that generally effect all native groups?

I have mentioned that 50 million people live as minorities in Europe. All of them want to feel safe, however, if they do not, they will emigrate. We are one of the most populous minorities as Transylvanian Hungarians. The minimum of our rights must be ensured; otherwise we may still be exposed to various political winds. The number of childbirth reflects what kinds of rights minorities are ensured. In my opinion, no minority can survive alone or just with a family, people need institutions, kindergartens, schools, churches, cultural houses, theatre. The system of institutions forms a protective base, providing a foundation on which people can be themselves. If these institutions are not granted for the communities, then it is only a matter of time until the communities disappear from the earth. We are fighting for survival. Our existence depends on whether we can keep our schools and kindergartens. This is not negotiable, it’s a mission and a duty – if we don’t fight for it we must take responsibility for the lack of our actions.

With a signature, we can help the Hungarians beyond the border: The Presidium of the RCH Synod and the Presidium of the General Convent consisting of the Hungarian-speaking Reformed Churches within the Carpathian Basin encourage everyone to sign the Initiative. It can be signed online here. Only citizens with voting rights may sign the Initiative.