This year marks the tenth anniversary of the unity of the Hungarian-speaking Reformed Churches in and around Hungary. On May 17, the session of the Common Synod took place, followed by festivities on the next day. Ecumenical representatives from the WCRC and the WCC attended in honor of this celebratory event.

Ten years ago, on May 22, 2009, the Hungarian Reformed Church (HRC) was united once again when the Hungarian-speaking Reformed community, torn apart by the Treaty of Trianon after World War I, reaffirmed its sense of togetherness. The jubilee presented an opportunity for thanksgiving, and, in its honor, several celebrations took place. 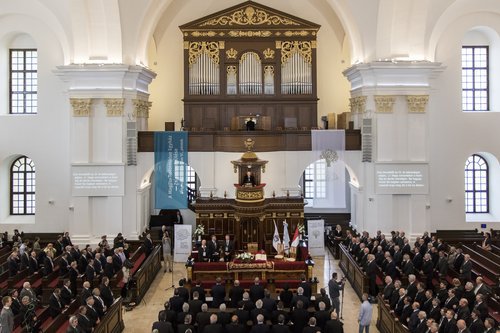 The HRC is not a legal entity in terms of international law, but rather an expression of special church communion in the form of a Common Synod, and a community of Hungarian-speaking Reformed Churches within and beyond the borders of Hungary in the Carpathian Basin. By citing the right to freedom of religion and conscience, Slovakian, Ukrainian, Romanian, Serbian, Croatian, Slovenian, and Hungarian citizens declare that, in addition to and beyond their identity as a citizen, a historical tradition and current need exists within them for a Hungarian Reformed Church that represents the fundamental aspects of their religion in its faith.

According to the Constitution, unity applies in all matters that the Constitution and the authorization of the national Churches consider liable to join regulation. Individual churches retain their autonomy in terms of their own election system, church-governing activities, internal regulation of services and mission, Church disciple and management; in addition, they reserve the right to create their own organizational structure. They, however, cooperate in legislation, joint representation, the building and organization of ecumenical and external connections and in the fields of ecumenical services, missions, press, communication, education, youth work, IT, and management of retirement pensions.

On May 17, opening worship in the Great Church in Debrecen kick-started the celebrations, followed by the meeting of the Common Synod.

During the Common Synod session, they gave thanks for the past ten years of unity and received reports of the work of the Hungarian Reformed Church within the past decade. One of the highlights of the session was welcoming the Calvin Synod to the HRC. The Common Synod also remembered Rev. Janos Bütosi, the former Bishop of the Calvin Synod, who was born 100 years ago.

There are two independent Hungarian-speaking church bodies in North America. Of the two, the Calvin Synod is the only non-territorial conference of the United Church of Christ. 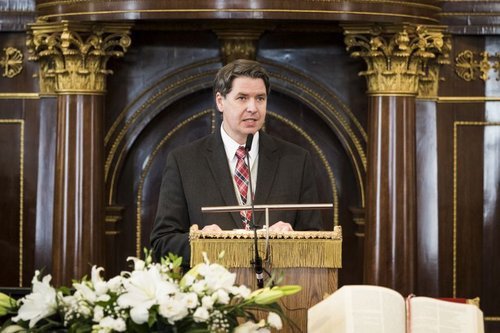 Bishop Csaba Krasznai, on behalf of the Calvin Synod, and with the support of the United Church of Christ, signed the accession statement, officially becoming part of the HRC. In his address to the Synod, reflecting on the special moment, Bishop Krasznai said, “It has been a long time since the child left the mother, but one day, the child, who in the meantime has grown up, found the way home, and the mother welcomed the child with open arms and a loving heart.” 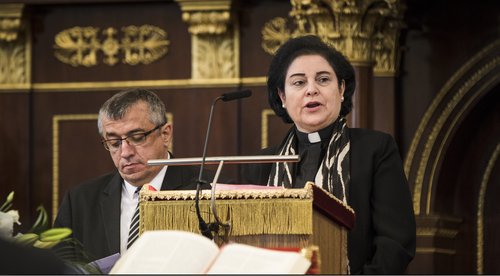 Rev. Najla Kassab, President of the WCRC, spoke of the unification of the Hungarian-speaking Reformed Churches as a sign of hope in a world where reconciliation is greatly needed, “The Synod stands as a symbol of the power of resurrection. We are reminded of Jesus’ words in Matthew 16:18, ‘I will build my church, and the powers of death shall not prevail against it.’ Despite the history of division, the Church had the courage to challenge boundaries, to say, ‘boundaries will not separate us,’ we will come together as the one body of Jesus Christ,” she encouraged. 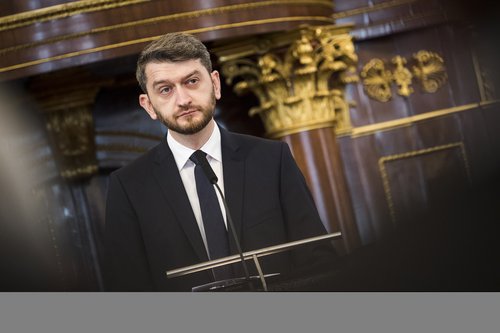 Greetings from the General Secretary of the WCC, Rev. Dr. Olav Fykse Tveit, were shared by Dr. Vasile-Octavian Mihoc, Program Executive for Ecumenical Relations and Faith and Order of the WCC. “On behalf of the member churches that constitute the World Council of Churches, please accept this message of prayerful thanksgiving and declaration of fraternity on the celebration on the tenth anniversary of the Hungarian Reformed unity, [...] At this milestone, we learn about the gifts of your fellowship and we are eager to learn more about your vision for the wider Christian fellowship and for the human family. [...] May Christ be with you and guide you in being an icon of his presence in your countries. May the Holy Spirit inspire you and give you strength to be a prophetic voice in your part of the world. May God bless your fellowship on this jubilee celebration and throughout the years to come,” he read. 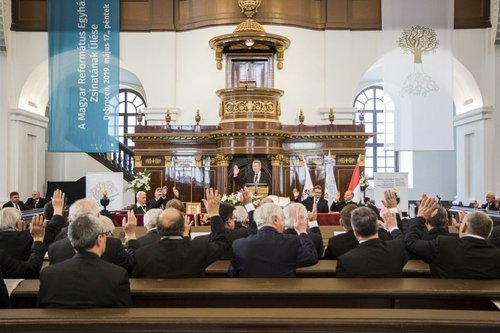 At the end of the session the Synod issued a message to its member churches and congregations and to the wider ecumenical fellowship.

“Together we encourage the Hungarian Reformed community living around the world to pray for the Christians who are persecuted for their faith, as we are all part of one body. We pray for the leaders of the world who make decisions on the fate of countries so that they may serve peace with all their might and commit to work so that all people and nations live in their homeland in peace and wealth.”-read the message.

In the evening, a gala took place at the Csokonai Theatre in Debrecen, followed by a festive reception to close the night. 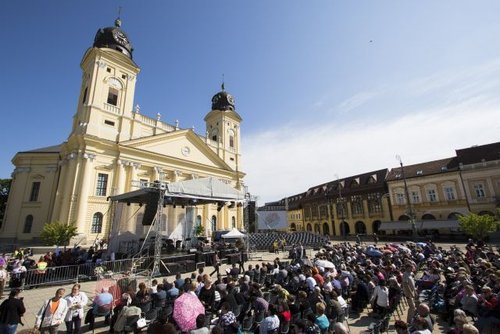 On May 18, thousands of people from Reformed congregations all over the Carpathian Basin gathered at a one-day festival in celebration of the tenth anniversary of the unity of the Hungarian Reformed Church. At the public opening ceremony, church and city leaders, including Dr. Mihály Varga, Minister of Finance and Deputy Prime Minister, and Rev. Kassab shared special greetings.

The Deputy Prime Minister spoke of the importance of local and national identity for the future of Europe and social cohesion based on families. He also referred to the unity of the Hungarian Reformed people as a fire which gives light to those far away and attracts people to its light.

Rev. Kassab spoke of the bridges that had been built to unite the Hungarian-speaking Reformed community both within and beyond the borders of Hungary.

In her greetings, she also referred to the partnership between the National Evangelical Synod of Syria and Lebanon (NESSL) and the Reformed Church in Hungary (RCH) saying, “I stand here with you as a woman from Lebanon to celebrate our partnership and how your church has helped to strengthen the Reformed church in Lebanon and Syria and its witness for the Gospel in the midst of war.”

Márton Juhász, CEO of the HRCA has also addressed the audience. He reminded the Hungarian Reformed community of its wider responsibility for the all those Christians around the world who are suffering. He was also encouraging them to join in the HRCA campaign for the Sunday School project in Syria. 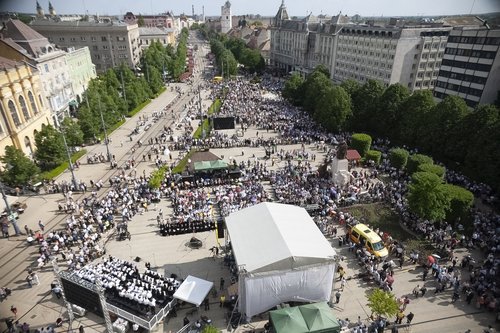 Throughout the day, various programs took place, including podium discussions, concerts, and workshops. Church ministries, including the Hungarian Reformed Church Aid (HRCA), the charity organization of the Hungarian-speaking Reformed Churches, were also present at the Market of Opportunity where they were able to showcase the work of their ministry to thousands of attendees. The day also marked the beginning of the Bridge of Love, the Reformed volunteering days program. Unity Day celebrations concluded with a closing worship in the afternoon with Communion. 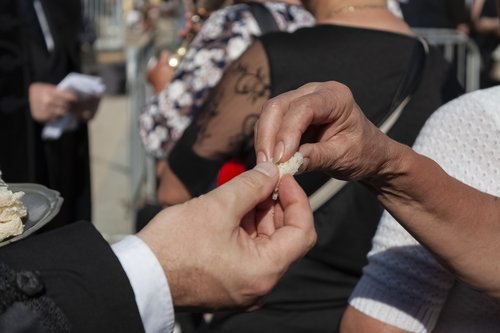 In 2006, the General Synod of the Hungarian Reformed Church established the Hungarian Reformed Church Aid (HRCA). The primary aim of the organization was initially the establishment and improvement of institutions, however, in response to increased needs, the HRCA provides traditional medical relief as well. The organization considers the Carpathian Basin as its primary area of activity in the spirit of universal Hungarian responsibility across national borders. Since 2008, the HRCA has responded to medical emergencies worldwide.